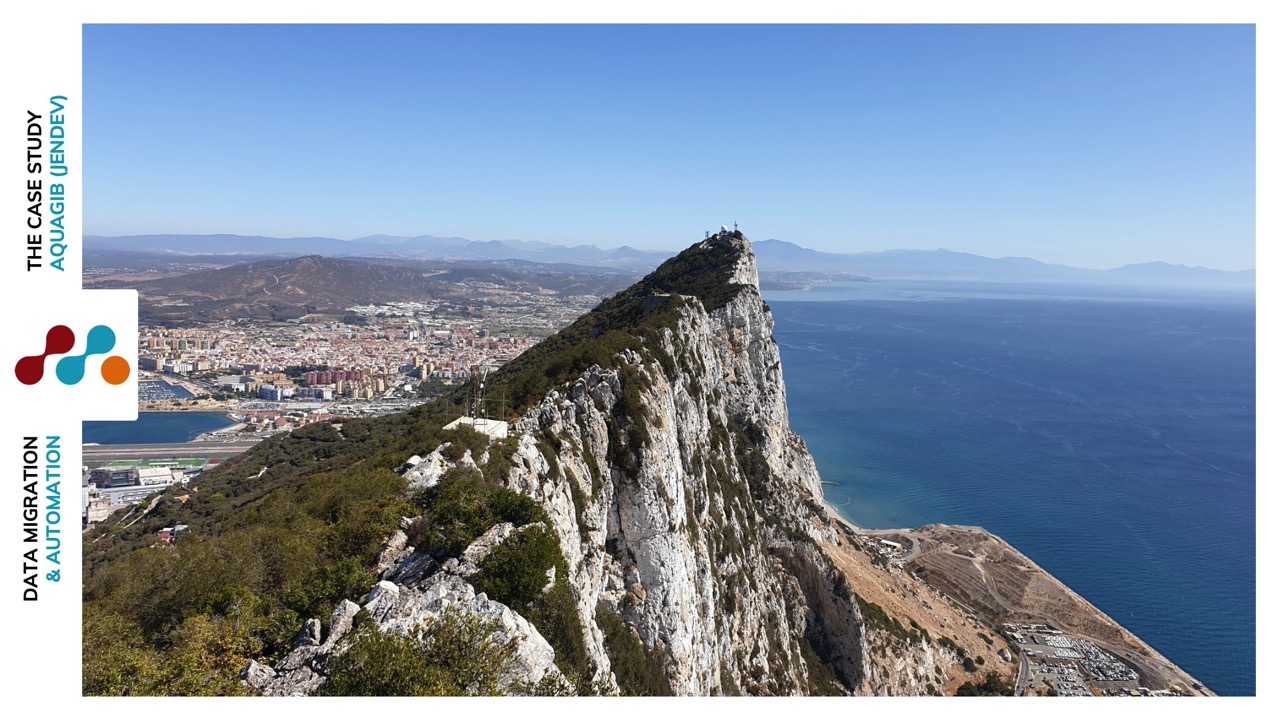 AquaGib is Gibraltar’s supplier of sustainable potable and salt water. They provide outstanding sewage pumping services as well as metering and billing services for water and electricity.

Jersey Electricity PLC is the sole supplier of electricity for Jersey Island. They were using Microsoft Dynamics NAV 2009 for billing and launched JenDev to further develop this billing software into JenWorks for utilities companies on small islands. JenDev has a broad customer base, but not enough technical manpower on Jersey to keep on developing their product and expand further. They were providing a solution for AquaGib and contracted Mercurius to complete the project.

AquaGib could generate the billing for electricity and water, however, validating the data involved many manual tasks and generating the bills took far too long. They had heavily customised Sage to adapt to utility billing processes and their billing system was outside of Microsoft Dynamics NAV.

AquaGib also had a huge volume of data and weren’t sure how it could all be migrated to a new system. It was critical that this consumer data was 100% accurate because if it is not, then during the next billing cycle; citizens would receive incorrect billing for water and electricity.

Before JenDev contracted Mercurius to complete the project, they had implemented JenWorks within Microsoft Dynamics NAV 2018. JenWorks enable AquaGib to generate bills within a couple of hours and the process was almost entirely automated, requiring barely any manual input.

We migrated all AquaGib’s data from Sage to JenWorks. Our script ensured the data was 100% accurate so that no errors would be encountered in a billing cycle. All data migration was completed remotely within 2 days.

In addition, AquaGib had been using Microsoft Excel to maintain consumer data for the Government Old Age Pensioner plan. This plan allowed older citizens to pay lower electricity rates during harsher periods like Winter. We developed a module on top of JenWorks and moved the data there, greatly reducing the manual input required to ensure the data was accurate.

Mercurius IT implemented a more efficient billing process for AquaGib which could maintain accurate data. The project was completed on behalf of JenDev and we were glad to assist with implementation.

We use cookies on our website to give you the most relevant experience by remembering your preferences and repeat visits. By clicking “Accept All”, you consent to the use of ALL the cookies. However, you may visit "Cookie Settings" to provide a controlled consent.
Cookie SettingsAccept All
Manage consent

This website uses cookies to improve your experience while you navigate through the website. Out of these, the cookies that are categorized as necessary are stored on your browser as they are essential for the working of basic functionalities of the website. We also use third-party cookies that help us analyze and understand how you use this website. These cookies will be stored in your browser only with your consent. You also have the option to opt-out of these cookies. But opting out of some of these cookies may affect your browsing experience.
Necessary Always Enabled
Necessary cookies are absolutely essential for the website to function properly. These cookies ensure basic functionalities and security features of the website, anonymously.
Functional
Functional cookies help to perform certain functionalities like sharing the content of the website on social media platforms, collect feedbacks, and other third-party features.
Performance
Performance cookies are used to understand and analyze the key performance indexes of the website which helps in delivering a better user experience for the visitors.
Analytics
Analytical cookies are used to understand how visitors interact with the website. These cookies help provide information on metrics the number of visitors, bounce rate, traffic source, etc.
Advertisement
Advertisement cookies are used to provide visitors with relevant ads and marketing campaigns. These cookies track visitors across websites and collect information to provide customized ads.
Others
Other uncategorized cookies are those that are being analyzed and have not been classified into a category as yet.
SAVE & ACCEPT